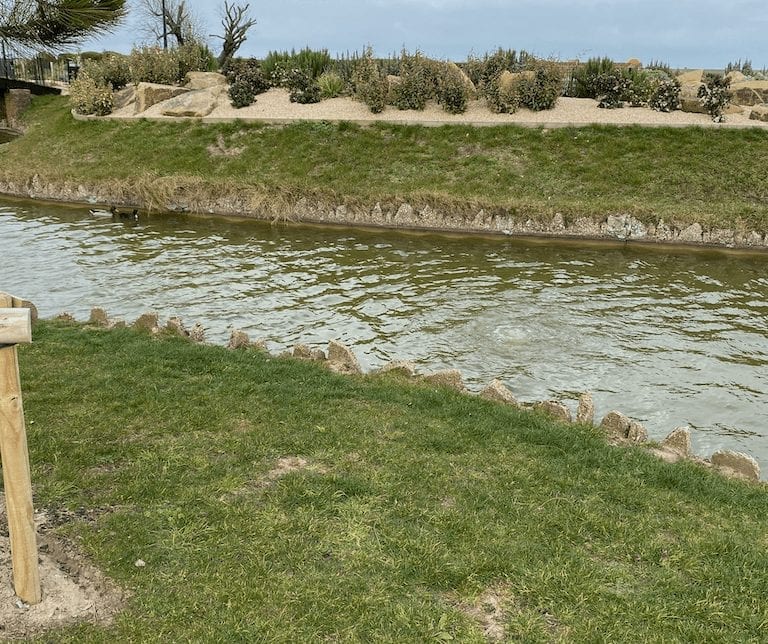 Heathland Group were contacted by Great Yarmouth Borough Council to design and install a bespoke diffused aerator system. This was for the newly renovated Venetian Waterways in Great Yarmouth, Norfolk to provide waterway aeration.

An AirPro diffuser system was the best aerator for this job

For this aeration project, our design team determined a solution. To ensure the entire waterbody received maximum levels of aeration, a 24 single-disc AirPro Diffuser System was installed. The compressor enclosure for the diffused aeration system was installed by the main boating area. This allowed the team to run over 1000m of underground airline around the bank of the waterways. Therefore limiting the amount of weighted pipeline required.

Installation of the diffused aerator system

The team installed the underground airline around the bank to the different areas in which the diffusers would be situated. This allowed them to connect the weighted airline at the closest position possible to the diffusers. The 24 single-disc diffusers were distributed and installed within the waterways in the appropriate positions. Ensuring the entire waterbody received high levels of aeration, increasing the dissolved oxygen level and improving the waterways ecological balance. 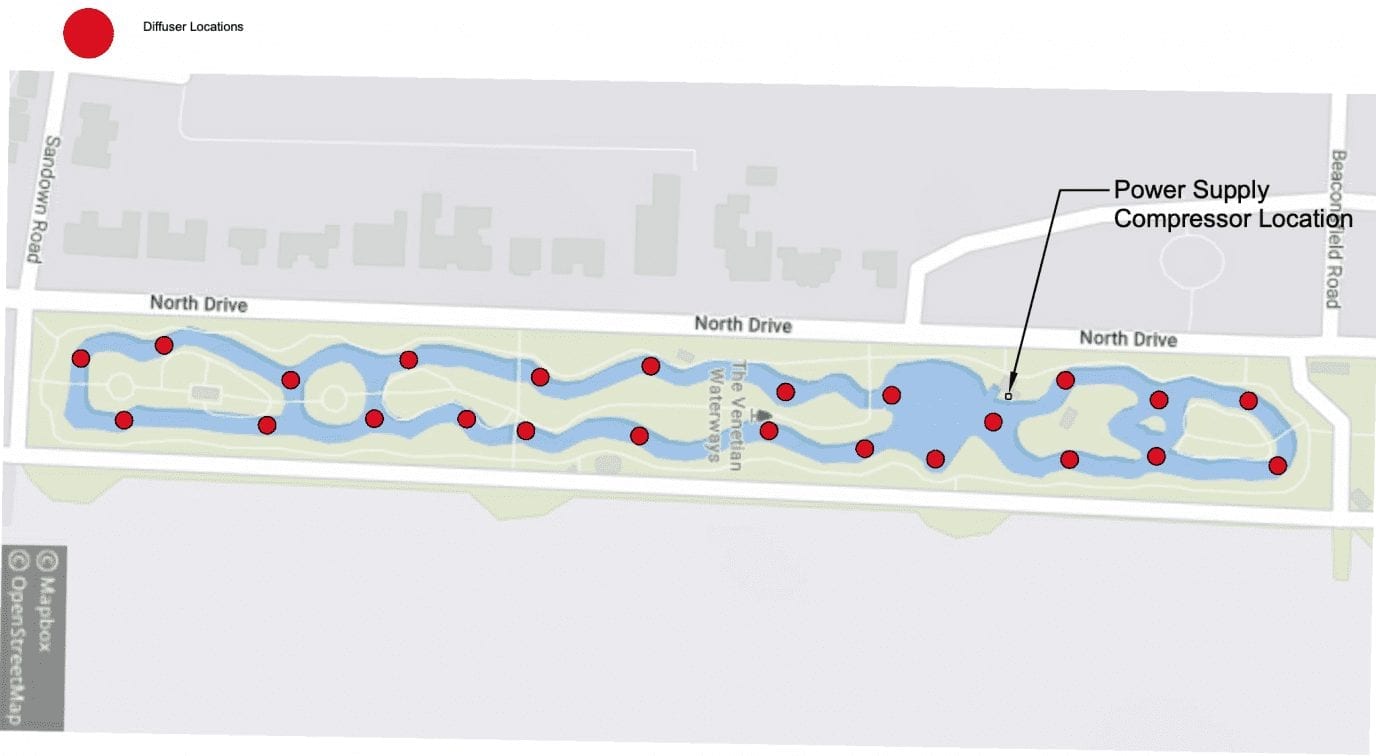 Our team chose a diffused rather than a surface aeration system because of the number of twists and narrow canals the Venetian Waterways incorporates. A waterbody like this would have minimal wind disturbance and dead spots throughout where there would be virtually no water movement. 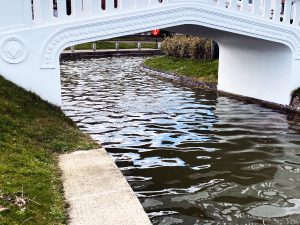 Diffused aerations systems mix the water column from the bed of the waterbody to the surface. This eliminates the effects of thermal stratification where the warmer oxygen-rich water on the surface is separated from the cooler oxygen-deficient layer on the bottom. The layer is called the thermocline. The density difference of the thermocline stops the two layers from mixing. By aerating from the waterbed to the surface, the diffused aerations system breaks up these layers. Therefore allowing any noxious gases that may be trapped on the lower layer to be released. The movement of the water on the surface also increases the surface area of the waterbody allowing higher levels of natural aeration to occur.

For more information click on the link on our website for bespoke diffused aerator systems and aerators.

For information on any of our services or aerator and aeration products please email us at info@www.heathlandgroup.co.uk or call us on 0800 3891990.

Manage Cookie Consent
We use cookies to optimize our website and our services. You can find a copy of all our policies at the bottom of this website.
Manage options Manage third parties Manage vendors Read more about these purposes
Preferences
{title} {title} {title}

Be the first to hear about our new products and get the latest special offers, tips and news updates
By signing up you will join our email mailing list. You can opt out at any time.
View our Privacy Statement here
×